‘ “I can’t go to sleep without doing some drawing. It is enough even if I do some sketch on paper” he says. Saying that he picks a sheet of paper lying on the desk and starts etching lines. One stroke here, and one stroke there … he repeats the action till a female figure comes to life. It is as if the sheet of paper has acquired new meaning, a purpose for its existence’ PCV – Chennai Personalities

More from this series 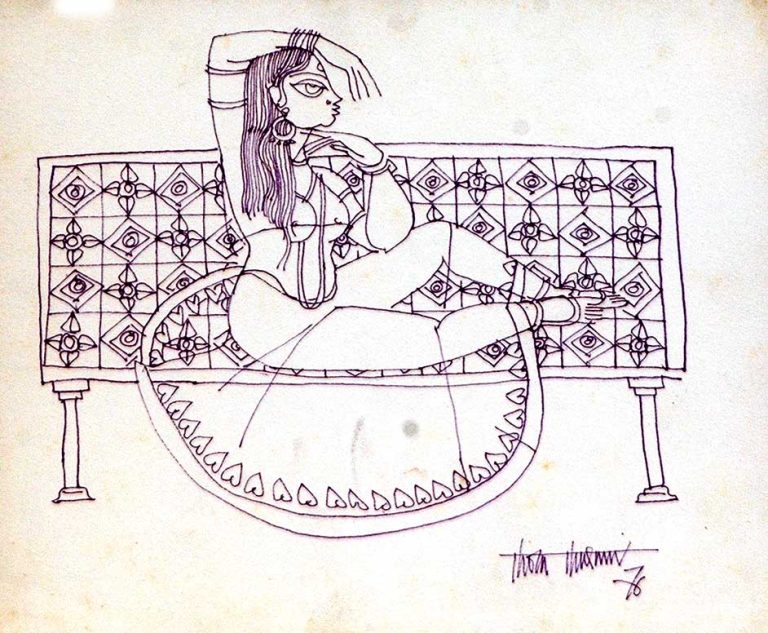 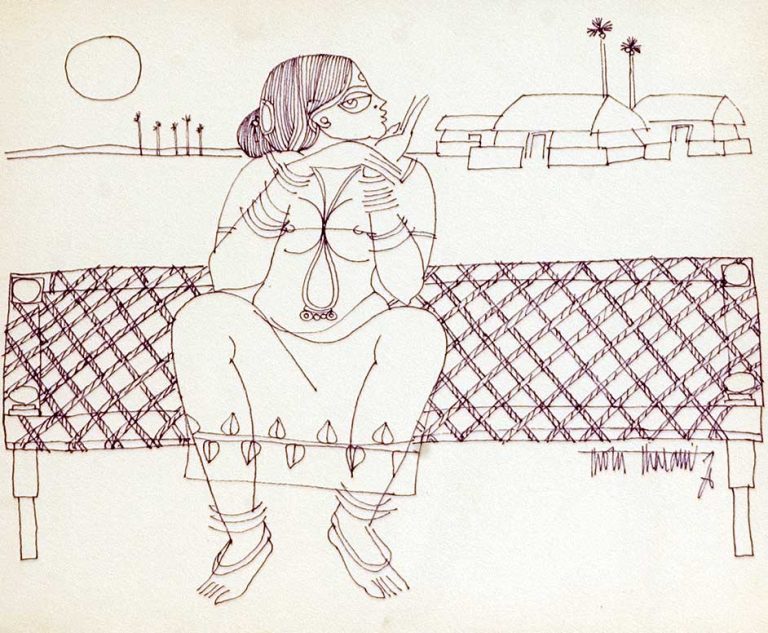 “Also forming part of this exhibition are rarely seen pencil sketches, which are indeed works of art in their own right. Choosing to portray simple objects in everyday setting, he exploits the graphic medium with his fine mastery of line.”

Previous
Next
The streets of Sarlat, churches in St Rion, the yachts at Saint Jean De Luz France seems to come alive through simple black-and-white sketches from the 1970s. For Thota Tharrani, this exhibition of his early sketches, made while he was travelling through the south of France as a student in 1976, takes him back to a time when he was a struggling artist.

Over the course of the year, Tharrani  did about 900 pen-and-ink sketches, of which only about 30 have survived. “I lost many, gave away others; I always thought I would go back to do more but that hasn’t happened,” he says, with a smile.